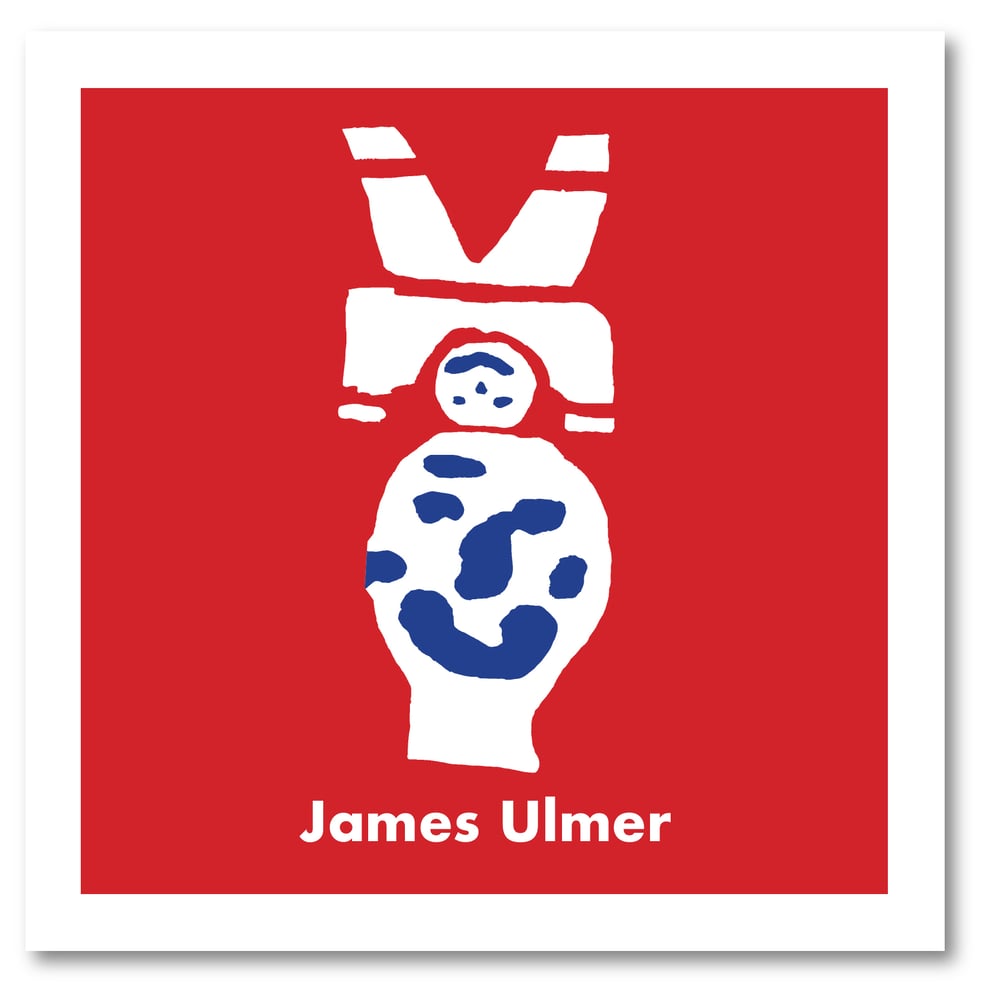 "Ulmer's drawings harmonize the naivety associated with memories of childhood picture making with sophisticated compositional choices and mark making decisions. Working primarily in black and white with occasional color Ulmer's drawings bring energy and life to the simple and commonplace. Rows of figures or objects (or hybrids of both) are turned into rich patterns created from the subtle differences of the repetitive shapes and the play between negative and positive space. New depictions are created from combinations of pieces from personal family photos, found images, and imagined doodles. Understated and simple, where success lies as much in restraint as in stroke, James Ulmer's images engage in their familiarity and persist in their fun and originality."

A native of suburban Philadelphia, James Ulmer lives and works in Brooklyn. He is a lover of cats and dogs and comics and reggae. His work has been been exhibited in Baltimore, Austin, Portland and Philadelphia since graduating from University of the Arts." – Beginnings NYC